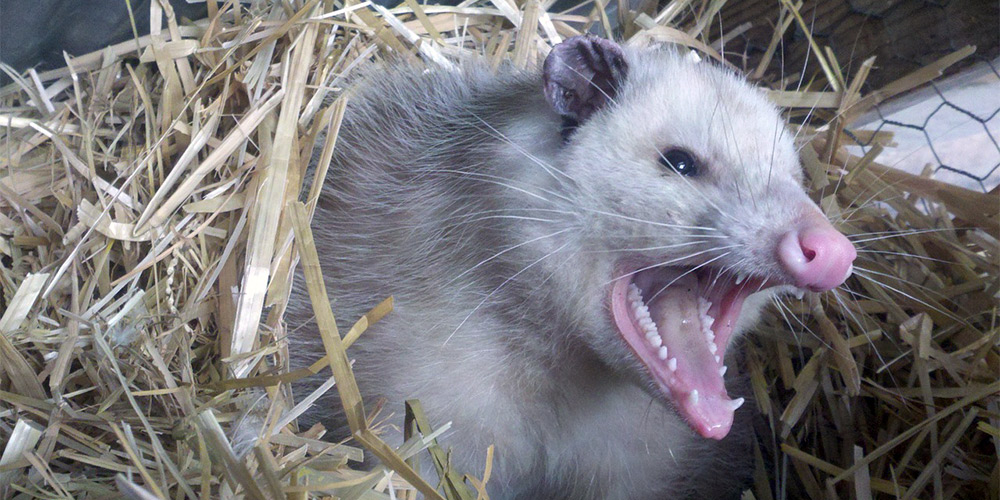 I was asked recently if we ever had any calls to remove wildlife where an animal wasn’t actually involved.  Pondering this question, I could think of a few notable calls that didn’t involve any creatures.  The following are a few of the stories that came to mind.

“Bear in the attic”

I received several frantic calls one morning several years ago from the Knoxville Police Department and a homeowner who had been using their services. It seems this individual had begun hearing loud noises in his house and especially his attic during the night. The police had responded to check his residence for an intruder but had found none.  They and the individual had concluded that the resident had a large animal (likely bear) in his attic.  I dressed quickly and drove to the site. The owner was very upset and showed me where his attic access cover had been knocked down along with a lot of insulation from the attic. As he explained the circumstances, I heard a large boom from overhead and the house shook. It did appear that a large creature was jumping or moving around in the attic.  I cautiously (and anxiously) gathered a few tools and entered the attic. My flashlight didn’t pick up any strange creatures as I made my way inside. After thoroughly inspecting the attic and finding no evidence of large creatures I stopped to think. At this point there was another large explosion and the walls and joists shook. I desperately shined my light across the entire attic and stopped at the furnace. There was a quiet hissing sound as if air was leaking from a tire. I quickly surmised that it was a gas leak that was repeatedly filling a void somewhere before igniting with an explosion. After hurriedly exiting the attic, I grabbed the homeowner and relocated us outdoors so that he could call the gas company and see about having it repaired.

“Bird in the attic”

On more than one occasion I’ve been summoned to a home with a complaint about birds in the attic due to hearing a loud chirping coming from above. At least two of these visits have revealed no avian presence or nests. The homeowners would tell me of hearing a chirping at regular intervals as (they believed) a poor bird was stuck in the walls.  After finding no evidence of birds I stood and listened for several minutes to see if I could hear the chirping.  What we heard a short time later was not a bird at all, but instead was a weak battery in the smoke detector.

“Noise in the walls”

Many of our clients are alerted to an animal presence in the house by a scratching in the walls or ceiling.  Sometimes the source of that scratching can be hard to track down as access to walls and ceiling are often very limited. On more than one occasion I’ve been summoned to a house where someone has heard scratching coming from a wall or ceiling only to discover that the source is a tree outside whose branches are being blown in the wind and are rubbing on the outside of the house.

“Opossum in the attic”

I remember a client we had a few years ago that had heard a noise originating in what he thought was the attic. He had remembered seeing an opossum near his trash can a few days earlier and believed that this animal was now taking up residence in his attic.  I inspected his house and heard a rubbing sound that he spoke of when I stood inside his hall closet.  I couldn’t tell where the noise was originating from, but was suspicious because the noise was being made at a regular interval. He insisted that his opossum hypothesis was correct and so I suited up and began crawling across his attic through the insulation. Some of you might know what it feels like to crawl through fiberglass insulation in an attic when the outside temperature is near 90 and the attic temperature is closer to 125.  For those of you who don’t…it’s miserable!  When I finally reached the area we thought the sound was emanating from I glanced around and called down to his that I wasn’t seeing or hearing anything that would suggest an animal nearby.  A few minutes later, he told me that he thought he knew what was going on. When I got back out of the attic (soaked in sweat and now wearing a thick covering of fiberglass insulation), he sheepishly told me that he had just remembered putting an oscillating fan in his crawl space a couple of days earlier to help dry out a leak. We checked it out, and sure enough it was making a small rubbing sound as it went through its routine.

“Dead animal under the house”

After receiving a dead animal call from a residence in Oak Ridge , we responded and began to track the odor.  Instead of coming from the crawlspace (where we normally recover dead animals), it was tracked to the garage area.  As we began searching a very full garage, we discovered a bag of groceries with a couple of packages of rotting chicken that had been set beside a freezer.  Upon further questioning of the homeowner, she confessed that she bought these the previous week and had meant to put them right in the freezer but had forgotten.  The groceries were double bagged and disposed of properly.

The reason for this article is that I encourage everyone to do a light inspection themselves before calling us.  It just might save you an inspection fee and a funny story.