The mere mention of the term “rattlesnake” tends to send a shudder of fear or panic up the average person’s spine — something akin to “shark” or maybe “plane crash.”  As I hiked with my daughter and sons-in-law this last weekend above Denver, we ran across a prairie rattlesnake on the trail that caused quite a stir among our small group and evoked a range of passions from awe to panic.

The truth is that rattlesnakes are often maligned and that humans kill and injure many more of them than vice versa.  According to published U.S. reports, rattlesnakes are responsible for approximately 5000-6000 bites each year but only 2 deaths.   There are several misconceptions and outright lies that tend to lead to our overall hate of them.  Let’s look at a few:

Rattlesnake mothers are some of the few reptile species that actually know their babies and protect them.  All rattlesnakes are live-bearing and not egg-laying.  They also tend to live communally and will over-winter together in dens.

2 Rattlesnakes can be aged by the number of rattles on their tails
This is another misconception.  A new rattle forms at the tip of the snake’s tail each time it sheds its skin.  If there is plenty of food around, a rattlesnake may shed several times in a summer. 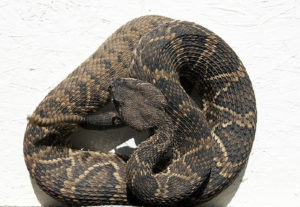 3. Rattlesnakes will chase you down and attack
I can’t tell you the number of times that I’ve heard someone telling a story about how a rattlesnake leapt out of the bushes to attack them.  It may make for an exciting story, but the facts are not there.  Refer back to the explanation under number 1.  All rattlesnakes are thick-bodied and primarily ambush predators.  They need to wait for their prey to come to them and wouldn’t live long if they had to chase down anything to eat it.

Rattlesnakes can be found anywhere
Here in east Tennessee we have one species of rattlesnake, the timber rattlesnake (Crotalus horridus).  These snakes are fairly rare and usually only found above 2500 feet in elevation.  Knoxville and the immediate surrounding area is mostly a little above 1000 feet in elevation.  One would need to go toward the Smoky Mountains or Cumberland Mountains to have much of a chance of seeing a rattlesnake.  In 37 years of professional snake removal I’ve probably received over 3000 calls from people living in the Knoxville area who were certain that they had a rattlesnake in their yard or garage.  The few rattlesnakes we’ve encountered locally were all found in rural areas and above 2500 feet. 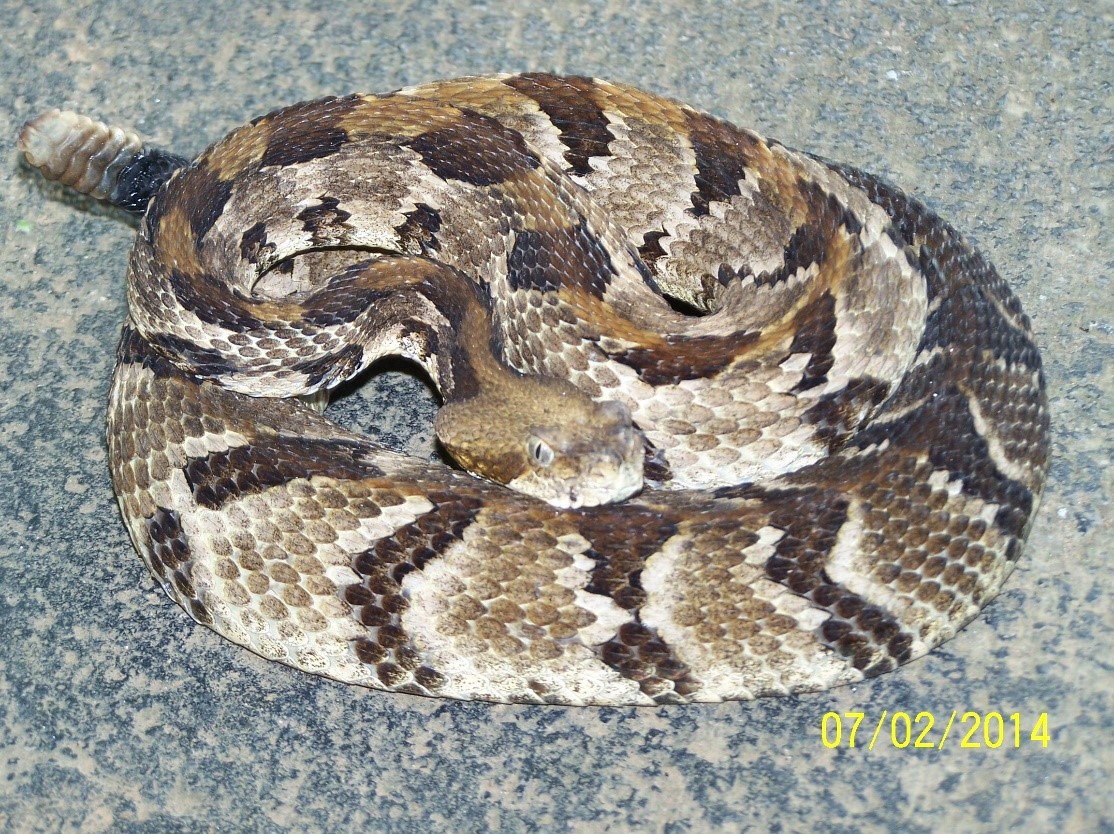